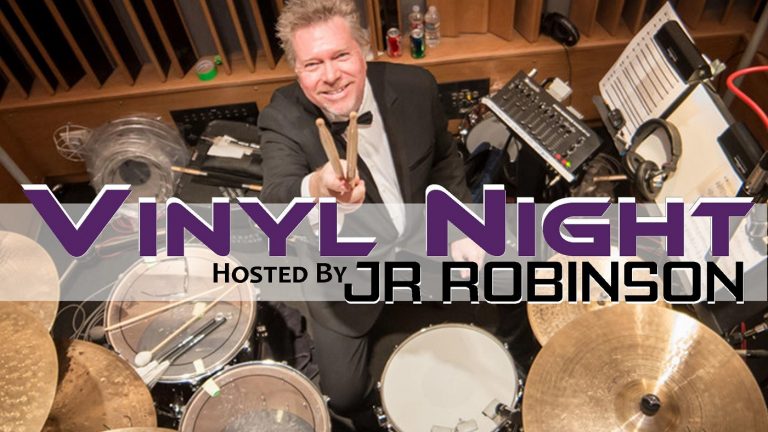 Ian Paice was born on June 29, 1948, in Nottingham, England. Ian got his first drum kit by age of 15. Ian neither had any formal education in music. He learned to play drums by trying to imitate what he heard from drummers playing on the radio. Paice greatly admired drumming styles of jazz legends like Gene Krupa and Buddy Rich, and always dreamt of emulating them. He practiced hard on drums, especially noting that being left handed, he needed to come of with techniques which would fit the right handed drum kits. Though Paice was playing for his father’s Dance band in the early 60s, the first professional band he played with was “Georgie and the Rave ons”, a local group in Becester, which later came to be known as “The Shindigs”. After a short stint with this group, Paice left it to join another group called M15, which became The Maze. Soon after, Paice left and helped form Deep Purple with Rod Evans, Jon Lord, Nick Simper and Ritchie Blackmore in 1968. Deep Purple would later be one of the biggest rock bands in the world, especially during the 60s and the 70s. They would soon start dominating the charts with such hit albums like Deep Purple in Rock, Fireball, Machine Head and Who Do We Think We Are, Come Taste The Band, Stormbringer and Burn. Paice’s drumming techniques have been showcased in many of their hit songs but the best example are ‘Made in Japan’ “The Mule” , “Child In Time”, “Flight of the Rat” and the album ‘Machine Head’.
Paice was called for studio recording by a number of artists who included Peter York, Elf, Green Bullfrog, Velvet Underground, Baby Face, Eddie Harris, George Harrison, Paul McCartney, William Shatner, Jim Capaldi and many others.
From 1979 to 1982, Paice worked with Whitesnake and released 3 albums. In 1982 he also played with Gary Moore Band. After 2 years of playing with Gary Moore, he got back to Deep Purple. In 1999, Ian made a guest appearance in Paul McCartney’s Run Devil Run. Paice released a solo DVD and continues his world clinic instruction. Paice is also in the Drummers’ Hall of Fame and just inducted in the Rock Roll HOF class of 2016! Deep Purple continues to tour worldwide and remains at the top of rock roll’s Elite Bands.

RANDY KERBER is a composer, orchestrator, and keyboard player, who has had a prolific career in music. He began his first national tour with Bette...

Charles B. “Chuck” Findley (born 13 December 1947 in Johnstown, Pennsylvania) is an American session musician. Most widely known as...

Lenny Castro is in a handful of the greatest percussionists of all time. He has an unbelievable list of sessions and live gigs. He is currently... 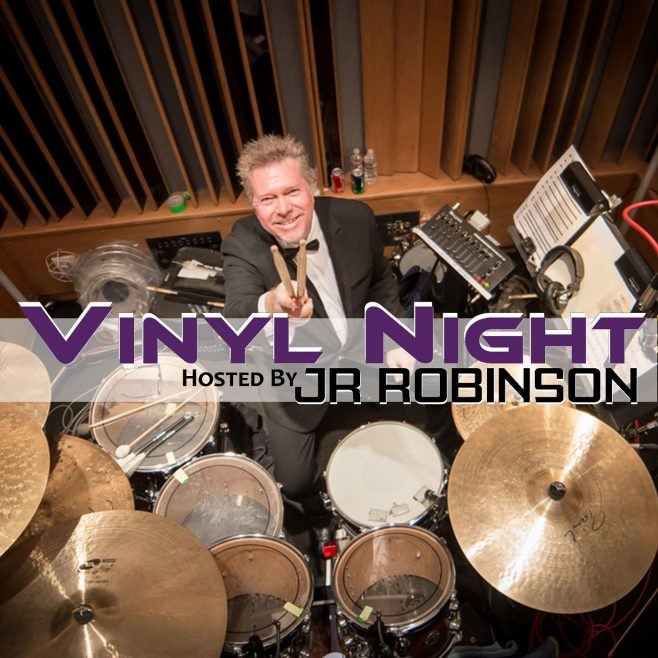 Vinyl Night features intimate conversations with some of the best and most influential people in the music industry. Drummers, guitar players, bass players, keyboard players, recording engineers, singers and producers - the great artists who contributed to the music that changed the world.

Host JOhn "JR" Robinson has become the most recorded drummer in history. Some of the hits include We Are The World, All Night Long, You Are and Say You Say Me by Lionel Richie, I’m So Excited and Slow Hand by the Pointer Sisters, I’m Just A Gigolo and California Girls by David Lee Roth, Higher Love, Express Yourself by Madonna, Off The Wall, Don’t Stop Til You Get Enough, Rock With You, The Way You Make Me Feel, Smooth Criminal from the late great Michael Jackson and many many more!