If you have questions or need assistance with ticket purchases, please Contact Us. 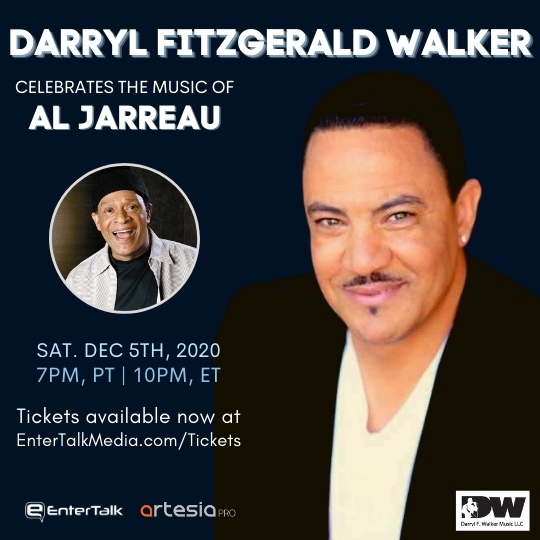 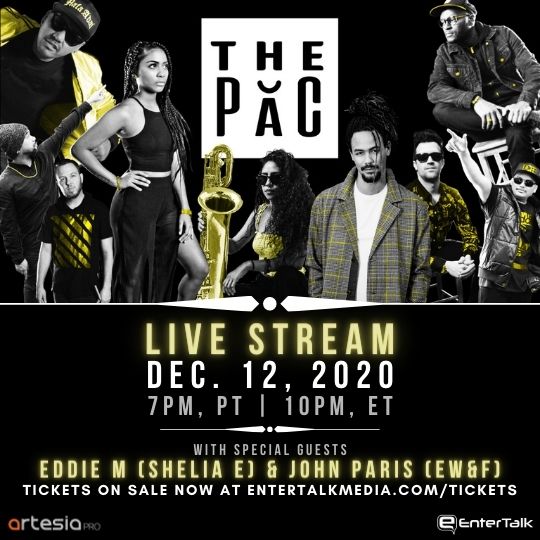 Dec 12th, 7PM PST | 10PM EST Join us for THE PĂC – A LIVE STREAM CONCERT SPECIAL, featuring high-definition multi-camera live switch action and studio sound mix for your enjoyment. Included is 48-hour replay access and choice to upgrade for a specialty blend of THE PĂC's bag of Signature...

Darryl Walker has been blessed with incredible talents. Since early childhood, when he could belt out “Sittin’ on the Dock of the Bay” with the passion of Otis Redding, Darryl has grown into one of the most exceptional vocal talents in the music industry and has graced some of the most notable venues and exclusive private events as well as premier Jazz and R&B concerts in the country.

In addition to his stunning vocal abilities, Darryl has also become known for his amazing talent on the saxophone. Specializing in R&B, Pop, Blues, and Jazz, Darryl has lit up countless live shows and recording sessions with lead and background performances adding vocals or horn for a bevy of record labels (Tabu, A&M, Motown, Mesa Blue Moon Records, Northern Blues, and Ripa Records) to name a few.

On Sale for the Concert

This complex blend pays homage to the high quality of coffees produced by our Latin American Neighbors and includes 3 distinct Latin coffee beans, all from distinguished origins.

Join us for THE PĂC  – A LIVE STREAM CONCERT SPECIAL, featuring high-definition multi-camera live switch action and studio sound mix for your enjoyment.

THE PĂC is a group of passionate musicians from different parts of the USA intertwined to make you groove to a fusion of pop, rock and soul. These young talents are united together with the common goal of making great music. The PĂC’s unique sound was born in a garage out of the San Francisco Bay Area.

Guided and mentored by some of the greatest in the business, THE PĂC has been able to accomplish amazing feats in a short amount of time. Their success continues to thrive with the helping hands of Verdine White and John Paris of Earth, Wind, & Fire. As well as Eddie M. of Prince / Sheila E.

For this Live Stream concert, both John Paris and Eddie M will be performing with THE PAC.

Valentino “VISUALEYEZ” – For this East Oakland, CA native, diversity is the name of his game. He started getting into poetry as a youngster. In 2015 he scored the entire soundtrack for Afro Samurai 2: Revenge of Kuma the video game with Rza (Wu-Tang) as his musical director.

Jaci M – Daughter to accomplished musician, Eddie M., Jaci is no stranger to the stage. Continuing the family business, in her father’s footsteps, she has proven herself as a recording artist in her own. The

leading lady of THE PĂC is here to show the world what she can do.

Peter Abellera was born and raised on the island of Guam. Since an early age, he was driven to pursue a career in music which led him to move to California and study at the Musicians Institute in Hollywood. He has now relocated to the SF Bay Area where he takes the lead as The PAC’s musical director.

• An original Song by Earth, Wind, and Fire. The PĂC’s rendition was produced by with Verdine White and John Paris of EWF. Both artists are featured on the recording.