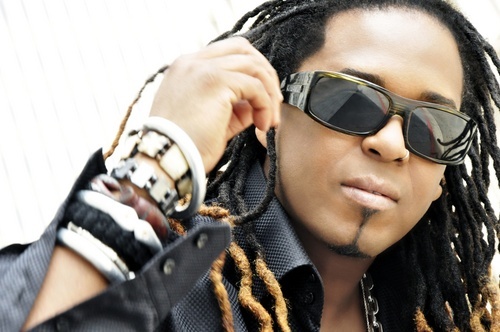 Eric Redd first gained attention at the age of 12 as one of the youngest dancers on the LA club scene when he was discovered by one of the nation’s top choreographers. This discovery and mentorship led to a scholarship at the California Institute of the Arts where Eric earned his Bachelor’s degree in performing arts.

While on tour in Europe as an apprentice, Eric worked as a session singer for Global Records in Germany. During this time his vocal prowess caught the attention of a producer working at Jive Records in England which quickly led to his first recording deal as a solo artist. Eric enjoyed the experience of working in a recording studio and decided to hone his singing and songwriting skills.

Upon his return to the United States Eric began writing and recording compositions for television and served as a music supervisor for Black Entertainment Television (BET) in the new programming department. He continued performing, touring, and recording with artists as diverse as K.D. Lang, Coolio, The Sara Lee Band, and Ani DiFranco. Encouraged by many to audition for theatre, Eric soon found success as a Broadway performer with fans and critics responding favorably to his appearances in Cats, La Cage Aux Follies, Body and Soul, and Starlight Express. His performance in the Los Angeles production of Dreamgirls was critically acclaimed.