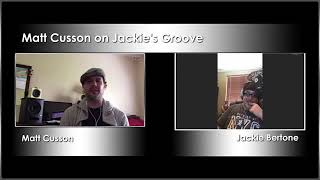 Matt Cusson is an award-winning singer/songwriter and pianist. He released his self-titled debut album in 2009, the same year he won the John Lennon Songwriting Contest. He’s won countless awards along with performing with the likes of Stevie Wonder, the Roots, Christina Aguilera, and many others.

Jackie Bertone, host of Jackie’s Groove, had the opportunity to sit down with Rob Mount, drummer for former lead singer of Foreigner, Lou Gramm...

Andy Zildjian, President of Sabian Cymbals joins us from the EnterTalk Media Live Studios in San Diego, CA as we welcome SABIAN President and CEO...