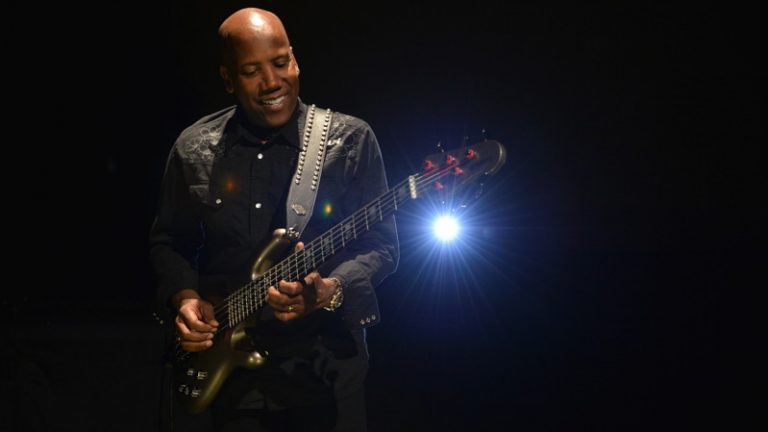 A founding member of the chart-topping contemporary jazz group Fourplay, East was 16 years old when he got his first break and found himself on the road with Barry White. The next time the phone rang, Quincy Jones was on the line. The calls kept coming and for the last forty years, East has been churning out hit songs with artists as legendary as Eric Clapton, George Harrison, Michael Jackson, Phil Collins, Whitney Houston, Beyoncé, Barbra Streisand and Stevie Wonder.
His genre-crossing groove has earned him both the recognition – a Congressional Record for his contributions to the worldwide music community, for one – and the boundary-busting respect of his peers, illustrated by his current appearances on two hit records as diverse as Andrea Bocelli’s Passione and Daft Punk’s Random Access Memories. Suffice it to say, it’s been a busy four decades. “There are only so many hours in the day,” East concedes. “But for years, friends have encouraged me to record a solo album. Some for so long they’d given up. However the best music that I’ve made over the years has always been a collaboration with my friends, so I decided it was time to take the plunge.”
Communing with friends is a theme for East, so it was only natural that he team up with Yamaha Entertainment Group, with whom he has had a personal and professional relationship for over 30 years.“They have an undeniable world-wide presence, so when Chris Gero started this label and shared his vision, I was in from the first ask.” Less obvious to East, was how to approach stepping out as a lead artist. “I always felt, especially as a bassist, that a solo album was a very difficult thing to try to come up with. I’m used to a more supportive role playing as a sideman, which is why it’s taken me this long to actually get my head around what kind of record to make.”
But the uncertainty stopped there. “Chris said, ‘I don’t want to just make an album that you’d predict you would make. I want you to come away from it with that feeling of ‘What just happened?!’ He has all these ideas going on and he’s hearing symphonies in his head. It’s like Quincy Jones, where he has a knack of putting ideas and people together. Chris comes with an exceptional production value and wants everything to be epic, so we’re trying to bring that spirit to this record.” And spirited it is. Joined by a veritable who’s who of fellow musicians and vocalists, East immersed himself in the studio experience. “The thing I love most about the recording process is that you never know exactly what’s going to happen. I always leave room for that element of surprise because so often it’s what you didn’t plan on that turns into the focal point – that magical moment – on the record.”
One such moment is the triumphant re-imagining of Pat Metheny’s “Letter From Home,” where soaring orchestration contrasts poignantly with the track’s pensive mood. It’s exactly the kind of narrative in which East gravitates. “I tend to lean towards passionate ballads and I’ve asked Michael McDonald, one of my favorite singers, to join us on this record. There’s just so much emotion and heart in his music.” Destined to capture every heart is East’s duet on “Yesterday” with his 13-year old son Noah, who plays the piano. “Noah came to the studio, put the headphones on and the sound was so beautiful his face just lit up! It’s surreal to play with your son. You are changing his diapers one minute and the next thing, you’re making music with this person.”
East keeps it in the family with one of four co-written songs on the album, “101 Eastbound,” a tune penned along with brother Marcel East. Originally released over 20 years ago on Fourplay’s debut album and newly imbued with an exotic flair, the track captures the vitality of East’s diverse range. Glowing with meticulous attention to detail, East tackles the anthemic “America the Beautiful” with a ferocity befitting its title. “I travel around the world visiting many different countries but I must say, I always look forward to coming home.” East continues, “I kiss the ground because even on a rainy day, America is still so beautiful.”
One thing is certain – the world is listening to Nathan East. “Now that I have an association with ‘Get Lucky,’ a song that has been played around the world, we thought it would be fun to celebrate that part of my playing on the record. Why not keep the party going?! So Michael Thompson wrote a fun song in the spirit of that music and we called it ‘Daft Funk.’” And in the spirit of Nathan East, the album is energized with relentless generosity as he leads – and cedes – the way for his friends and fellow musicians to shine. As a result, “You can tell a difference in the way the music feels,” East explains. “They’re calling it a solo album, but I consider it everybody’s record.”
East admits, he’s been blessed with a gift. And it’s one that we’ll gladly accept.