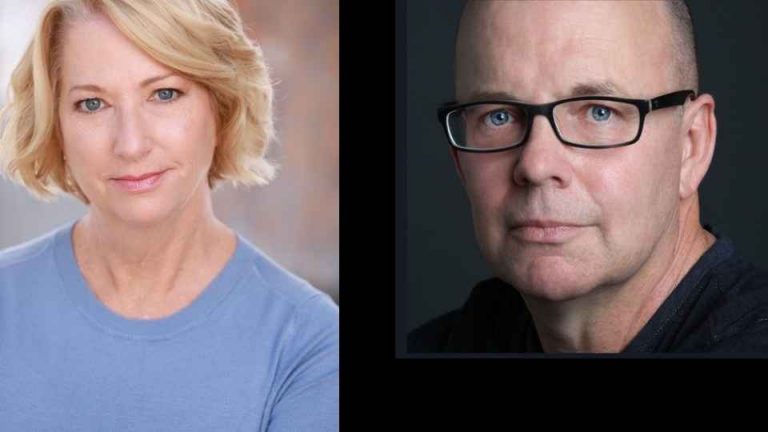 Happy wife, proud mother, avid cook, lazy gardener. Certified Horticulturist. As a musical actress, Linda Griffin was an original cast member of Broadway shows Something Rotten! and The Drowsy Chaperone and can be heard on both Grammy nominated cast albums. She performed the role of Mrs. Shroeder/Narrator in Anyone Can Whistle at New York’s City Center. She has also been featured in the Broadway tours of Wicked, A Chorus Line, 42nd Street and Disney’s Beauty and the Beast. Linda created the role of Propsy in the world premiere of Minsky’s at The Ahmanson Theatre in LA, and more recently The Hollywood Bowl in Mel Brooks’ The Producers. Linda has been a member of Actors Equity Association for over 30 years.

Tom Griffin is a nationally recognized music director and conductor. Recent productions include Oliver, Sweeney Todd, The Music Man; West Side Story, Bye Bye Birdie; the national tour of My Fair Lady… and Alabama Shakespeare Festival’s production of Mary Poppins. He has been recognized for the Broadway revival of You’re A Good Man Charlie Brown, and received the Garland Award AND Los Angeles Drama Critics Award for Best Musical Direction. Tom was the music conductor of Disney’s Beauty and the Beast on two National Tours.